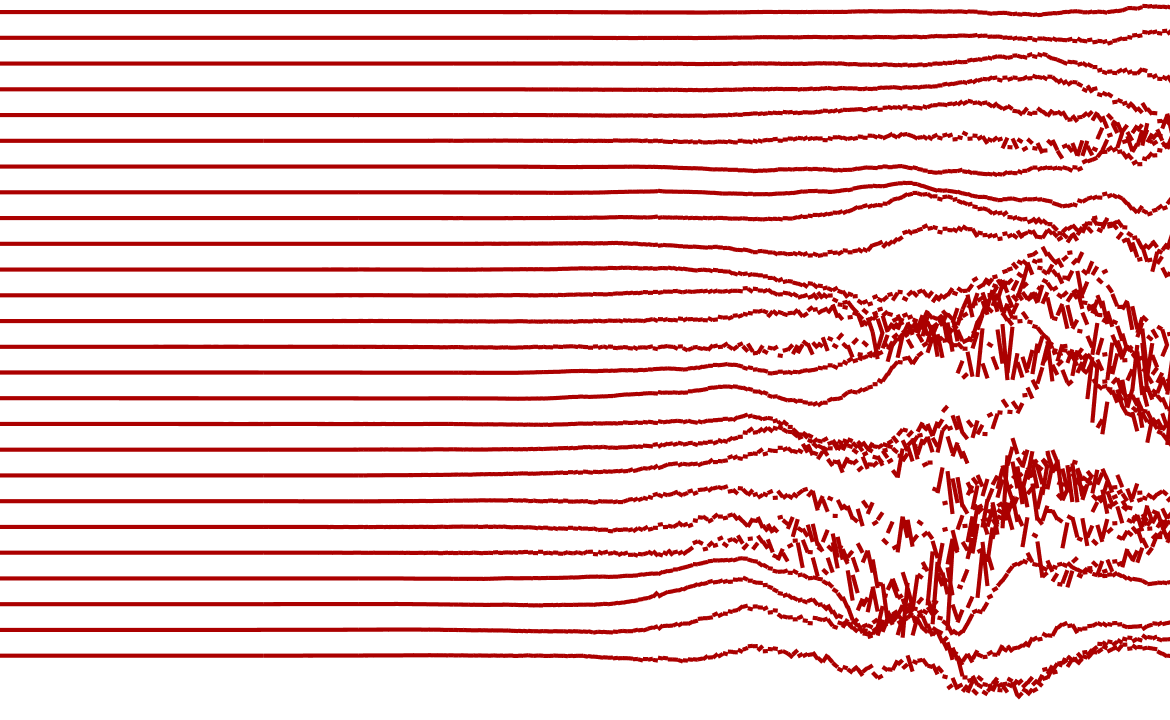 It is said that coffee was discovered somewhere around 800 A.D. by a goat herder in Ethiopia. The herder noticed that his goats were getting amped up and frisky whenever they ate this particular berry. They would also stay up all night.

This piqued his curiosity and he started experimenting by bringing the berries to a group of monks who decided to make a drink out of them.

Considering a lot of science was being done back then in the Arab world, the Arabs were naturally open and curious about this kind of experimentation. And the theory is that the Arab world had coffee first.

But the more interesting tidbit here is how coffee gained mainstream appeal throughout the world and the role capitalism had to play in it.

There was a necktie manufacturer in Denver, called Los Wigwam Weavers, run by a man called Phil Greinetz. Phil's company made these very intricate silk neckties. And during World War Two, they lost all their best loom operators to the war effort.

So, Phil decided to hire a bunch of old guys to do it — the ones who weren't getting drafted. But they couldn't operate the looms very well. Consequently, Wigwam Weavers decided to hire women to do it. And they could etch out intricate patterns in those neckties beautifully using these complicated looms.

But as the task was cognitively intensive, the women could only do this for about 4-5 hours at a stretch. So a meeting had to be called to discuss how they could collectively improve their productivity and efficiency for more output.

And the women said, "Well, give us a coffee break."

They didn't call a "coffee break" then, they just asked for some free time off in the morning at 10 and at 4 in the afternoon, along with some tea and coffee. So, they started doing it, and overnight, their productivity and efficiency went up. The quality control went up too!

Wigwam Weavers instituted an official coffee break, and the rest of the business world is said to have followed suit.

So, the next time you’re on your coffee break at work, think about how it isn’t an altruistic activity on the part of the business, but actually a pretty high RoI one!

And as you have your morning cup of coffee, think about what drove the invention of instant coffee.

Was instant coffee invented to fit the process of making and having coffee within that 15-minute coffee break?

Ultimately, all innovation takes hold only if it aligns well with market incentives, and I wouldn’t be surprised if the 15-minute coffee break was what really got instant coffees to the market.