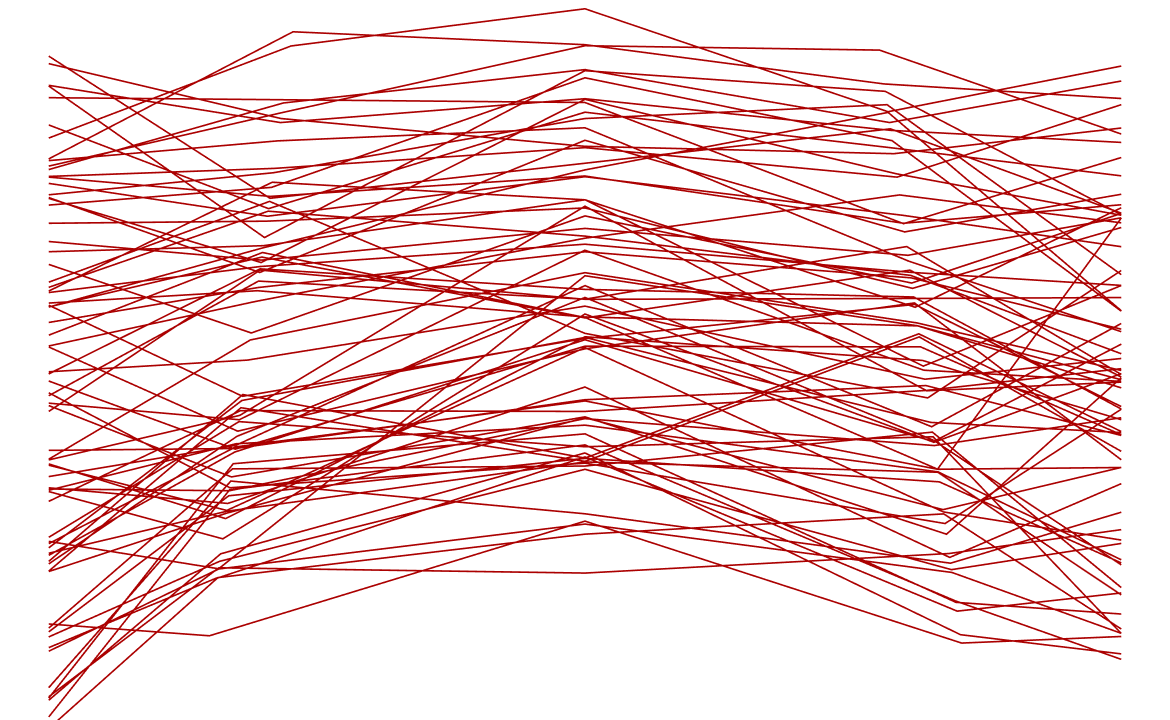 As a leader, you should paint this under your eyelids so you read it every day, first thing in the morning.

But on a serious note, nuanced communication can be your enemy rather than a friend when communicating on the level of the org.

As the organization grows, the information complexity grows. Especially if you have all smart folks in your team, everyone has a high bar with respect to the kind of messaging that's put out within the company and to external stakeholders. People expect complexity and nuance.

But in crunch situations, this complexity can work against you. Let me illustrate this with an example:

When Louis Gerstner took over IBM in the early 1990s, during one of the worst periods of struggle in its history, many business pundits called for a statement of his "vision."

It seemed like a logical ask: wouldn’t a technology company that had fallen behind need a grand vision of brilliant technological leadership to regain its place among the leaders of American innovation?

But Gerstner had the mental acuity to cut through the clutter. His quote:

“The IBM organization, so full of brilliant, insightful people, would have loved to receive a bold recipe for success—the more sophisticated, the more complicated the recipe, the better everyone would have liked it.”

Gerstner realized that the simple approach was most likely to be the effective one.

His famous reply to business pundits:

“The last thing IBM needs right now is a vision.”

He clearly saw that what IBM actually needed to do was to serve its customers, compete for business in the here and now, and focus on businesses that were already profitable. It needed simple, tough-minded business execution, not highfalutin vision.

As a leader, you want to do what's right for the business, not what sounds good, not what preserves the status quo, not what doesn't ruffle any feathers.

Nuance works when you want to explain to your people the "why."

But when the why is clear — the answer to which in crunch situations often is "because we need to survive" — you need simple, straightforward directives that aim at getting the job done.

Another way this simplicity manifests itself is in product decisions. Here's a story about Steve Jobs, from Nick Thompson, who worked at Apple during the era of the first flat panel iMac:

"Steve worked in a tight-knit group of close confidants. So the engineers he was meeting often were outside of that circle. He would go from back to back to back meetings with people he had maybe met a couple of times before. He needed to figure out whether they knew what they were doing, so would often take an extreme position. If you could argue with him, you were probably “ok”, if not, maybe you were a bozo.

I demoed speakers in the first flat panel iMac to him in a lab in IL5 years ago, early in the product development. We prepped two physical models one with forward-firing speakers and a grille in the chin, and one with downward-firing speakers. I stacked the demo and showed him the good one first. Forward firing. Sounded great. Best sounding iMac ever. Really.

Then I demoed the downward-firing speakers.

It sounded crappy, sound comb filtering off the hard surface of a lab bench. Pretty nasty. He winced. Made a comment about the sound. Demo in the bag, I thought we were doing the great-sounding forward-firing speakers.

Someone asked, “Which model Steve?”

I blurted out, “But you said they sound like crap”.

“They do. Your job is to make them sound good enough so customers don’t bring the product back.”

Then he did the SJ pure gold move.

“The thing is that anyone who cares about music, will plug in external speakers. And then they will be looking at the product wondering why there is a grille on the front. I want the design to be clean.”

We shipped the downward-firing speakers.

Steve had a holistic vision for the entire product. If something was harder to do, but it made the product better, do the hard thing.

He did this thousands of times. He helped people do better work by challenging assumptions and explaining what he wanted."
‍

Moral of the story:

Good leadership is about cutting through the clutter.